Jarret Little and a group of mountain biking friends were riding near the woods in Columbus, Georgia – when fate intervened.

The group paused on the side of the road to regroup before completing their ride. All of a sudden, a dog limped out of the woods. “We stopped to regroup and he came out of the woods to greet us. He was really thin, ribs showing and had a lot of road rash and a broken leg,” Little told CBS News. The dog appeared to have been hit by a car and needed help. 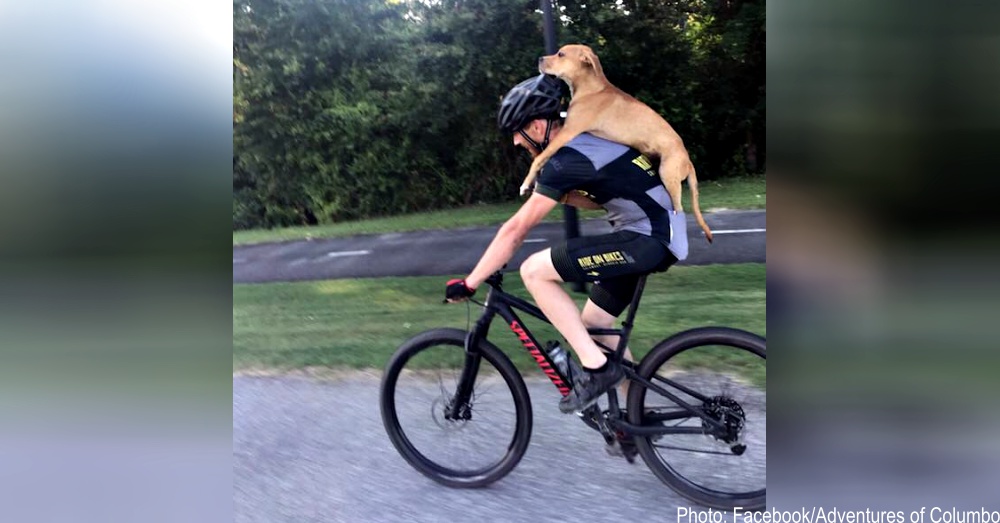 The cyclists offered the sweet dog food and water. Little knew he needed to help the dog, but he did not have a way of transporting the dog. Then he decided he would hoist the dog on his back and carry him into town for help. He gently placed the dog’s broken leg into the back pocket of his shirt. The image of the dog riding on Little’s back has gone viral.

Once they arrived in town, a woman took an immediate interest in the injured dog. Andrea Shaw was in town on business and was immediately taken by the sweet dog. “I’m saving this dog – he’s bleeding and broken and I’m not leaving him,” is what Shaw said when she called her husband right after meeting the dog. She took the dog from Little and brought him to a vet. “She decided to keep him and get him checked out medically,” Little said.

Read also:Family Rescues Great Pyrenees They Find On The Side of The Road

Dog Returned To Shelter For Being Too Good